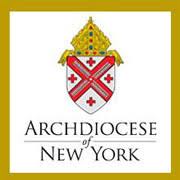 Cardinal Timothy Dolan, Archbishop of New York, has written today to the priests of the archdiocese, asking that they raise funds in their parishes to help provide relief to Puerto Rico in the wake of the earthquakes that struck the island this week.

In his letter, the Cardinal notes that he is reluctant to ask for a second collection in the parishes, but, “given the unique relationship we share with Puerto Rico, I believe our people will respond generously if asked to show their support, as they have always done.”  He also notes that the Puerto Rico is still struggling to overcome the devastating effects of Hurricane Maria which struck in September of 2017, making assistance even more critical.

The Cardinal also notes that Catholic Charities of the Archdiocese of New York, and the archdiocese itself, have already sent a combined $80,000 to Caritas Puerto Rico, which is helping lead the relief efforts.