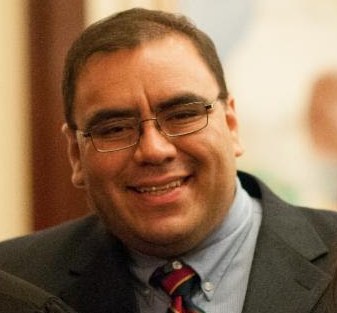 Gustavo Rodriguez is Director of the Office of Evangelization and Catechesis for the Diocese of Austin.  He is the new representative for the Federation for Catechesis with Hispanics/NCCL taking Peter Ductram’s place. He holds a master’s degree in Pastoral Studies from The University of Incarnate Word, and a bachelor’s in theology and Political Science from Xavier University in Cincinnati, Ohio. Gustavo studied canon law at the University of Valencia in Spain and education at St. Edwards University in Austin and has experience in education and curriculum development in Theology. He was a high school teacher for many years and has served the Diocese of Austin in different roles over 16 years.  He is passionate about accompanying individuals in their process of faith formation. Gustavo is happily married to the love of his life, Natalie Rose, for more than 12 years and together they are blessed with two Children: Gustavo Ignacio and Sandra Josefina.

Gustavo is always open to serve and knows it is a blessing to accompany the Hispanic/Latino community in a deeper encounter with Christ.  According to Gustavo,

“I find that God continues to become present when we open our hearts to be of service to others for his Greater Glory. I hope my experience in Evangelization and Catechesis can complement the tasks, mission and values that ENAVE seeks to accomplish”.

Gustavo knows that we are in the mist of great opportunities for formation as we focus on developing Hispanic leaders within our church as noted in the findings of the V National Encuentro Process.   We thank Peter Ductram for his many years of service to ENAVE! 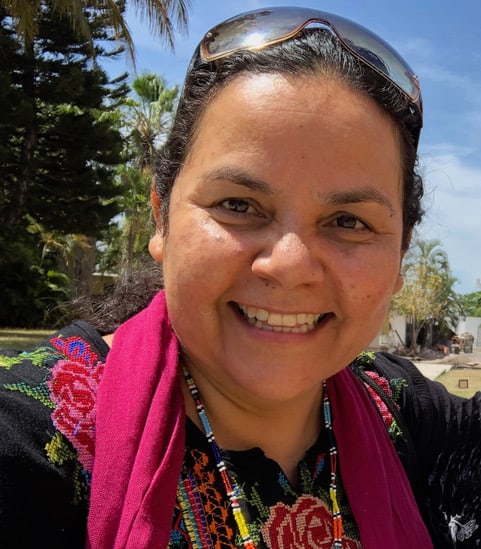 Sr. Cecilia Sierra Salcido, a Mexican Comboni missionary, is the Executive Director of the Association of Latin American Missionary Sisters, AHLMA. In her 29 years of consecrated life, Cecilia has lived in environments of great diversity, marginalization and conflict. She takes Sr. Inma Cuesta’s place on ENAVE.

She Graduated from La Salle University in Pennsylvania in Communications and Religious Studies. She collaborated in the establishment of Bakhita Radio and for six years was the director of the first Catholic radio station in the Sudan. The Catholic Radio Network of Sudan, with Radio Bakhita at the forefront, played a key role in the process that led South Sudan to independence on July 9, 2011.

After 15 years in Egypt, Sudan and South Sudan, Sr. Cecilia worked for 5 years in Guatemala, in marginalized communities and contributed to the establishment of a community television station, Televida and a Cultural Center. Since July 2017, Cecilia lives in Richmond, VA. She is pursuing a master’s degree in Nonprofit Administration online at Louisiana State University, Shreveport. We thank Sr. Inma Cuesta for her many years of dedication to ENAVE!